Maria Katre Osler (Maria Katre) was born and raised in Ypsilanti, Michigan which is part of the Metro-Detroit area. She comes from a very musical family.

She was introduced to a wide variety of music at age 4, and from then on it was easy for her to memorize beats, rhythms, lyrics, songs, harmonies and the artists that sang and wrote them. Her grandmother noticed that she had a gift and she would soon catch others attention. She would often hear she possessed an “Old Soul” with the way she carried herself and her selection of music.

In elementary school, her music teachers noticed she had a unique ear for music . She loved anything that was Motown, Jazz, Gospel, and R&B, especially Classic R&B.  The first song she recalls grabbing her attention was “Soulful Strut,” by Young Holt Unlimited. Every time her mother would listen to this on the oldies radio station, she would dance and make up her own lyrics because it was an instrumental piece.

At the age of 8, her third grade teacher noticed that she again stood out again from the rest of her class, not only with her musical ear but but also with acting. She was approached by her teacher to be a lead in a school play because she was very independent for someone her age. Not knowing her gifts at the time, she knew she loved music and playing a game she called “(TV Shows”) with her friends. In that game they would act out their favorite shows from television. These hidden talents became her strengths through the years. Katre received two full- ride musical scholarship offers for playing the (Tuba) but turned them down to try out other interests. After attending various colleges including Tallahassee Community College, Kennesaw State University (Kennesaw, Georgia), , and Florida State University, and lastly she completed her studies at attended Florida A&M University, a (Historically Black UniversityCollege). In December of 2008, she graduated with a Bachelor of Science.S degree in Broadcast /Journalism and with a Minor in Theatre.  During her last semester in the school of Journalism, she wrote, produced, and directed her first documentary entitled ,“”In Their Eyes.” This documentary followed the lives of a blind adult and a blind child and how they live their daily lives.

For a long time Maria Katre, found it fascinating that  those who are blind were able to do the same things individuals with sight were able to do, but were viewed incapable because of their disabilities. Her goal was to show everyone that just because one has a disability doesn’t mean that they aren’t capable. Ironically, her musically niche became obvious in her documentary with the selection of songs in several scenes. She was paired up with an amazing videographer/editor (Markita Andrews) and her message was successful!

She knew that going back and forth to Los Angeles for auditions could become costly. Within one year she signed with an agency and started her journey.

Maria Katre is currently working on her Master’s Degree in Music emphasizing in Voice/Composition.

Instagram will always remind us of how FAST time r

So…..Why don’t you tell me what brings you her

What incredible news I received this evening!! My

I’m so excited for this project. Special shout

This error message is only visible to WordPress admins

There has been a problem with your Instagram Feed. 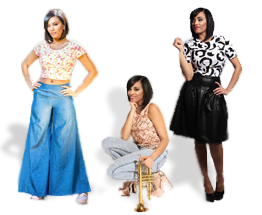 Send me a Note